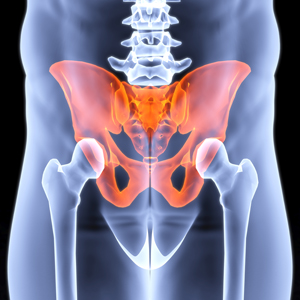 One of the more common manifestations, it is experienced far more frequently by women when compared to men. Statistics indicate that 15 percent of all women suffer from chronic pelvic pain at any point of time.

Pelvic pain is best defined as a lower abdominal pain which may be a continuous low grade pain or a high intensity intermittent pain which comes and goes. Pelvic pain in women may typically present as a dull ache during periods or alternatively when there is an infection in one of the female reproductive organs. On the contrary male pelvic pain may present due to an enlarged prostate gland.

Regardless of the fact as whether it is a generalized pelvic pain or more specifically a lower pelvic pain, the causes are numerous. The cause of pelvic pain would depend on the intensity and frequency of pain and the gender.

To further elaborate, women may present with acute or chronic pelvic pain during periods, infection of the uterus, the ovaries or the fallopian tubes.

Conversely generalized pelvic pain can occur in both men as well as women due to a urinary infection or a digestive disorder. These conditions have no correlation to the sex of the patient and men and women would show an identical incidence of occurrence.

The pelvic bone is essentially made of a pair of identical bones known as os coxae in medical terminology. The bones meet the spinal column in the back and form the sacroiliac joint. The ‘sacro’ component is the sacrum of the spinal column while ‘iliac’ is the part of the pelvic bone. Conversely the two bones of the pelvis wrap around to meet in the front where they form the pubis. Thus any kind of abnormality of dysfunction of these joints can give rise to pelvic bone pain. Thus it is scarcely surprising that chronic pelvic pain can have numerous causes.

Statistics indicate that more than 80 percent of the population suffers from pelvic pain at some point of time. This is best managed by adopting correct ergonomic seating plans. This invariably leads to querying as to ‘what is the best chair for pelvic pain’.

Above we have pick the best range of chairs specifically to help people who experience pelvic pain. The right chair should ideally preserve the natural alignment of the spine in an upright position. Although the natural curvature is maintained in reclining positions, it is the upright position which is more of a challenge. Thus if you are wondering as to what is the best chair for pelvic pain, the answer is simple; all that you need to do is to find a chair where the natural curvature of your spine is in alignment with the back of the chair and more importantly it should be equipped with a back and pelvic support.